Grande Prairie Beach Volleyball League rules are based on Volleyball Canada rules which are based on FIVB rules. FIVB rules are international rules applying to the FIVB pro beach tour and the Olympics. Some of our rules have been created to work within our time constraints or to compensate for the fact that our leagues and tournaments are not refereed. Where there is a discrepancy between the three sets of rules, Grande Prairie Beach Volleyball League rules will be deemed correct. You can buy a copy of Volleyball Canada Rules at www.volleyball.ca. You can download a free copy of FIVB rules at www.fivb.ch/EN/BeachVolleyball/Rules/rules.htm.

Some minor rule differences between indoor & outdoor volleyball include:

One of the facets of beach volleyball is the use of hand signals by players to indicate to their partners what sort of play they intend to make. These signals are made behind the back, to avoid the opposition seeing the signals. Most commonly, the signals are given with both hands by the serving player's partner before the serve, with each hand referring to the type of block that should be put up against an attack from the corresponding side of the court. If the server is a stronger blocker, he or she may run up to the net to block after serving. Otherwise, the signaler will perform the block.

Signals may also be given during a rally, while the opposing team is preparing their attack. This is less common, however, and it is routine for players to just block "ball" after the first sequence or maintain the call throughout an entire rally.

Additionally, the signaler may wiggle or "flash" the fingers on one of the signaling hands indicates that they want the server to serve the player on that side of the court

Note: It is somewhat common, especially at less competitive levels of play, for a signaler to show one finger on one side and two fingers on the other, in order to allow the non-blocking player to be able to focus their defensive attention on one half of the court.

Beach Volleyball Coaching Guide:
(adapted from Volleyball Alberta)
Beach Volleyball is as much a mental game as it is a physical game. Figuring out how to adapt your game to your opponent's tactics is very important. That is part of a player's job on and off court, so by not involving coaches during play, the mental part of the game becomes just as important as the physical. Cohesion and communication between partners is of utmost importance in a match, therefore by removing coaches during play the relationship between players is what begins to excel.
Permitted/Not Permitted:
Coaches/Parents are permitted to cheer by using words of encouragement during play, but not cheering in a manner that can give the players an advantage over their opponents. Please refrain from calling balls in or out, calling faults on players, interfering with the scorekeeper’s duties, calling for side switches etc; If ever unsure about what can and cannot be said, please contact us or check with a GP Beach Volleyball Coach/Volunteer on site.
Enforcement:
Parents/Coaches will be given a verbal warning the first instance they are caught coaching when not permitted. If a coach is caught a 2nd time they will be asked to leave courtside for the duration of the match. Upon a 3rd infraction over the course of one event, parent/coach will be asked to leave the venue for the duration of the event. 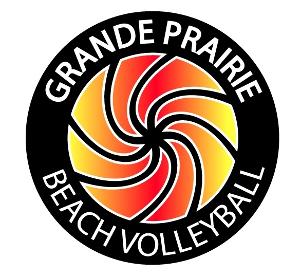